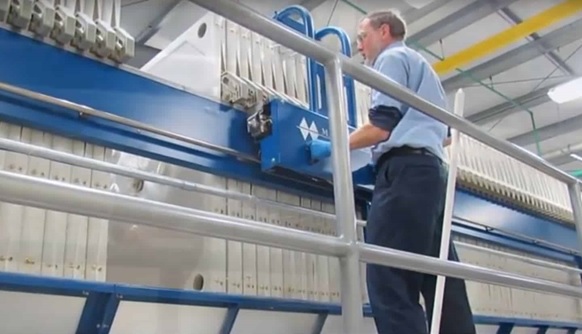 When it comes to annual tonnage, the number one chemical used in treating industrial and potable water supplies is lime. Many countries and localities use it to improve water quality and remove arsenic, and for softening liquids. It can even be used in treating drinking water.

The process of using lime in water treatment is known as “Lime softening.” It is a treatment process that makes use of limewater or calcium hydroxide to make liquids soft. It does so by removing any magnesium and calcium ions.

How does Lime Work in Water Treatment?

During this process, hydrated lime is added to the H2O to increase its pH levels and form precipitates of the ions that usually cause hardness. This process gives many benefits, including reducing those dissolved minerals like the heavy metals in most liquid sources. Some of these metals include uranium, arsenic, and barium.

After the calcium hydroxide has been added to the liquids to soften them, precipitated solids are formed. These solids should be removed before the liquids become good enough for drinking.

Most companies use what is called a filter press. The result is a filter cake, which consists of lime which can then be disposed of harmlessly or used by agricultural experts to amend the soil. The resulting clear liquid is now ready for any other treatment process, depending on what it is being used for.

What are the Benefits of Lime in Water Treatment?

Now, we know how calcium hydroxide is being used to treat liquids. But, do you know some of the advantages of using lime to treat fluids? Most people just know that lime is used to treat water, but we will be looking at some of its benefits below;

See also  This Dental Sensor Will Track Your Diet and Health

It Can Be Used for Softening

To soften liquids, hydrated lime can be used to eliminate water hardness. When we say a liquid is hard, it simply means that the liquids contain magnesium and calcium salts, which can be called non-carbonate hardness.

The hardness of liquids is usually treated by the lime-soda process (precipitating these salts). Water regulations are getting stricter, and so there is an ever-increasing need for this treatment.

It Can Be Used for Coagulation and pH Adjustment

Hydrated lime has gained popularity as an effective method for adjusting a liquid’s pH levels. It can also be used to battle acid or red liquids by neutralizing the acid it contains. This eventually leads to the reduction of corroded mains and pipes.

Since acid liquids contain a high level of carbon dioxide, calcium hydroxide precipitates it, and calcium carbonate is formed, forming a protective coating inside the water mains.

It can also be used with iron salts or alum to coagulate suspended solids, thereby reducing turbidity in liquids. It also maintains satisfactory pH levels for coagulation and use.

It Helps in the Removal of Impurities

One of the most effective and most common methods of eliminating silica from liquids is using dolomitic calcium hydroxide. This type contains some magnesium components, which are known to be very active in removing silica. This treatment is also used to eliminate traces of fluoride, iron, organic tannins, and manganese from water supplies. You can find more here on removing impurities from H20.

It Has a Positive Effect on the Growth of Pathogens

When calcium hydroxide is added to liquids, pH levels increase to certain levels. Suppose this treated liquid is left for one to three days. In that case, the lime in the liquid helps control the environmental conditions necessary for the growth of certain viruses and bacteria.

This application is more critical when there is the presence of what is called “Phenolic water.” If chlorine treatment is used instead, there is a production of unpalatable H2O due to the high presence of the substance phenol.

It Can Be Used in the Treatment of Waste Water

It is also very useful in the coagulation and flocculation of colloidal particles. It is little wonder the process is needed in most wastewater treatment plants all over the world.

It can also be used in the sludge line to stabilize the sludge without contaminating it, destroying any pathogenic agents, eliminating bad smells that come with wastewater, and making it generally more hygienic. There are more suggestions here https://www.ndtv.com/photos/news/waste-management-5-simple-ways-to-reduce-waste-at-home-24337 on better waste management around the home.

There may be other ways that calcium hydroxide is being used to treat water, but we have touched on the most important and frequently occurring processes.

Also, other chemicals can be used in its place, but considering the effectiveness and efficacy of using lime, most companies are left with little or no choice. Do you need clean H2O? If yes, then you might want to make good use of lime.