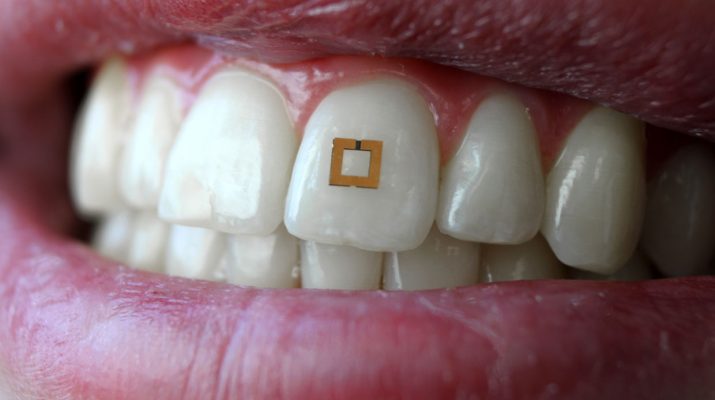 Eating a healthy diet is essential to prevent health problems. Researchers in the United States have developed an innovative 2×2 millimeter sensor that is placed on a tooth and monitors ingested fluids and then transmits information wirelessly.

Monitoring in real time what happens in and around our bodies is currently unapproachable both for medical purposes and to conduct follow-up clinical studies. 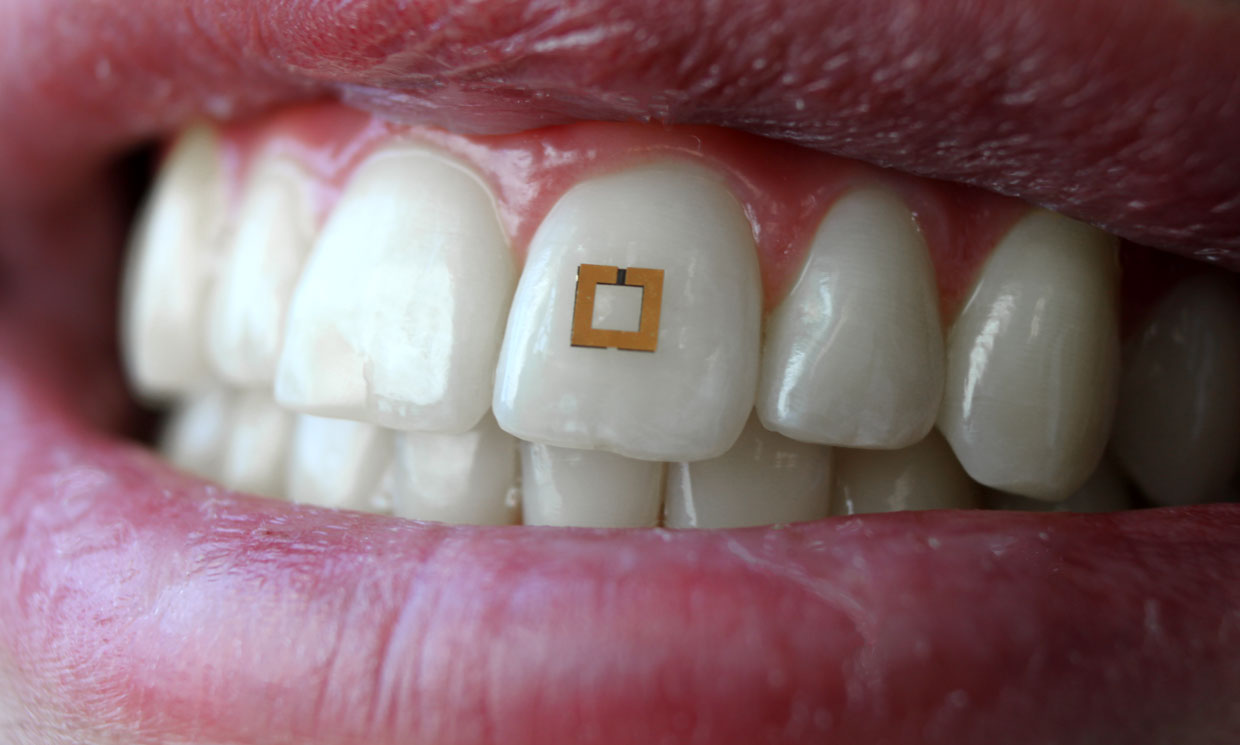 This could change soon thanks to this miniature sensor that was developed by researchers from the Faculty of Engineering at Tufts University (USA).

These devices immediately communicate information about glucose, salt and alcohol consumed by the person wearing it.

An investigation, published in the journal Advanced Materials, shows how future adaptations of these sensors could allow the detection and registration of a wide range of nutrients, chemical substances and physiological states.

“In theory, we can modify the bioreactive layer in these sensors to target other chemicals, we are only limited by our creativity,” says Fiorenzo Omenetto, co-author of the study and researcher at the American university.

Read Also – Some Of The Healthy Eating Habits You Should Adopt

Previous portable devices for measuring dietary intake suffered limitations such as the use of a mouth guard, bulky wiring or the need for frequent replacement as the sensors degraded rapidly.

The engineers at Tufts University looked for a more adoptable technology and developed a sensor with a simple footprint 2 mm wide by 2 mm high that can be flexibly adapted and attached to the uneven surface of a tooth. Similar to the way a toll is collected on a highway, the sensors transmit their data wirelessly in response to an incoming radio frequency signal.

See also  When to See an Ear, Nose, and Throat Specialist

“We have extended the common radiofrequency identification (RFID) technology to a package of sensors that can dynamically read and transmit information about their environment, whether attached to a tooth, skin or any other surface,” adds Frank C Double, professor of engineering at the same university.

The sensors are formed by three layers intercalated: a bioreactive plant, which absorbs the nutrient or other chemicals that will be detected, and the outer layers consisting of two gold rings of square shape. Together, the three layers act as a small antenna, picking up and transmitting waves in the radiofrequency spectrum.

In addition, the sensor changes its color. For example, if the central layer acquires salt or ethanol, its electrical properties will be displaced, causing it to absorb and transmit a different spectrum of radiofrequency waves, with variable intensity. This is how nutrients and other substances can be detected and measured.