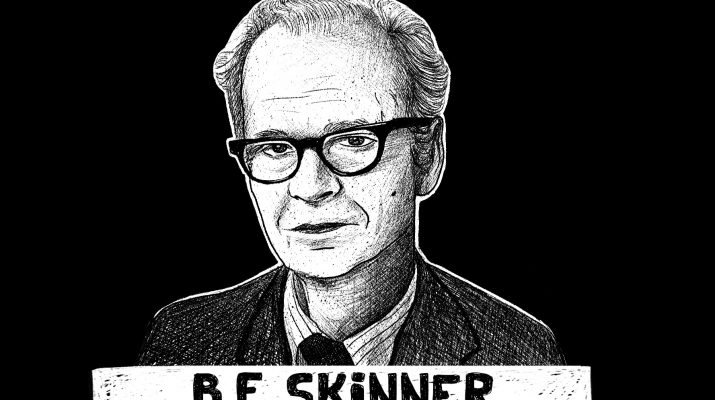 Behaviorism is commonly known as the study of behaviors with respect to conditions. Conditions are the driving force behind a man’s behavior which is shaped and propelled by environmental stimuli. B.F. Skinner, the famous psychologist from America has been name-dropped for their profound analysis of behaviorism theory that he went on to bring different dynamics to this philosophy. 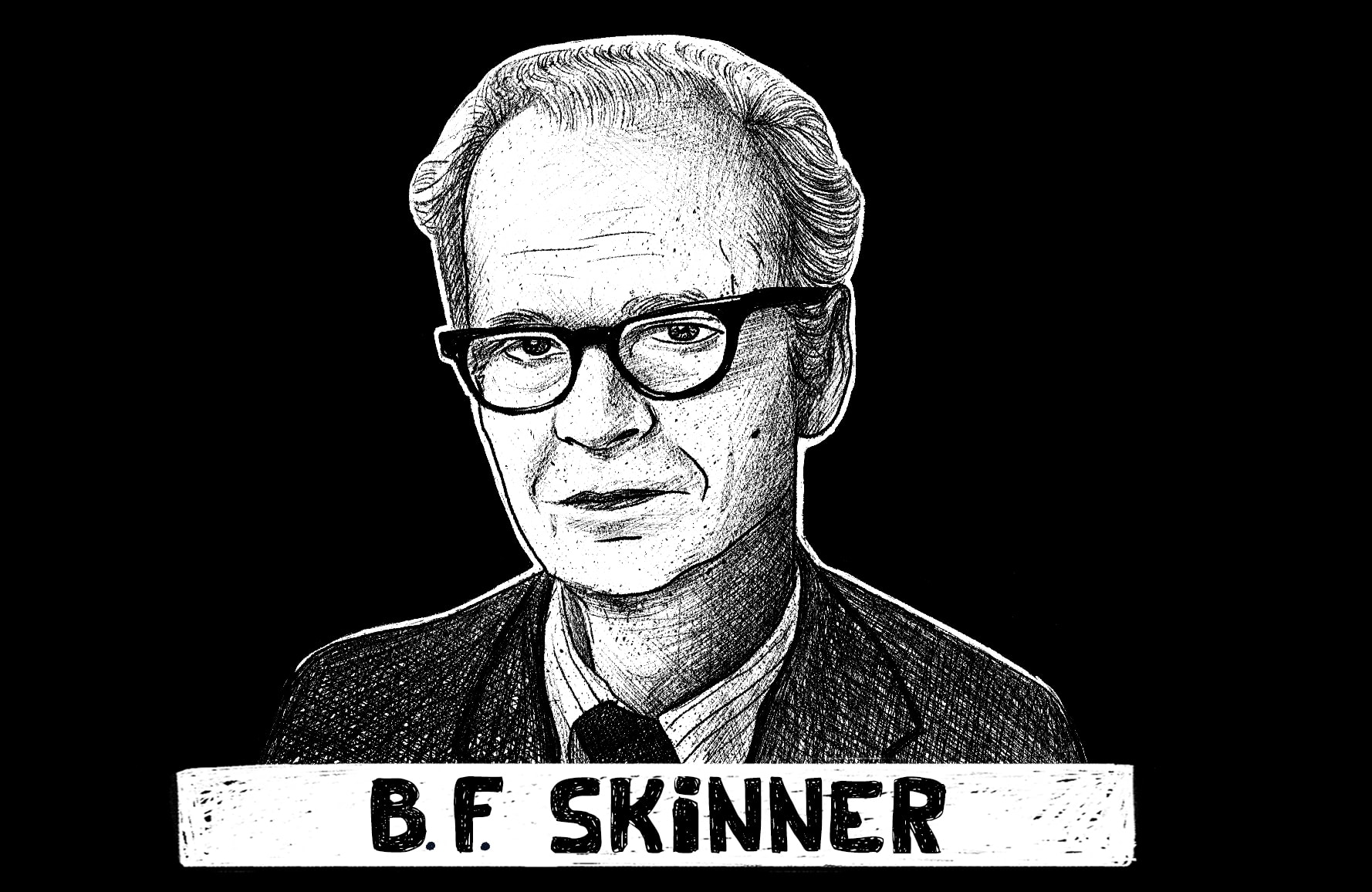 He explained this concept as radical behaviorism and was fixed on the theory that there are patterns for all human behaviors. He advocated the fact that free will is just an illusion that theorists cling on to and has no basis whatsoever. He asserted that every human action is a consequence of his conditioning.

Let us dive into the many important theories of B.F. Skinner alongside learning about the man himself. There are multiple philosophies he subscribes to and prophesized which we will go into detail as we uncover one by one

He is famous for the popular theories he proffered which went on to become practical in many instances of life. It has been proven that many concepts that he infused into us have come to become practical and they all have a precedent of being a reality as well. Going on to his contributions, let us unleash his achievements that stand tall as his famous conclusions that have worked so far

He has perforated theories that emotions that emanate from a person are the consequences of his preconceived notions about instances. If anger is something that is dominating your mood, one is likely to yell at the other person or simply combat physically to confront the other. This is a natural reaction that anger in general triggers and there can be no recourse to it.

B.F. skinners postulations have had a remarkable impact on people when it comes to psychology and education. Although behaviorism is a concept that did not get the reach that was anticipated, it is still something people can relate to and make a connection. 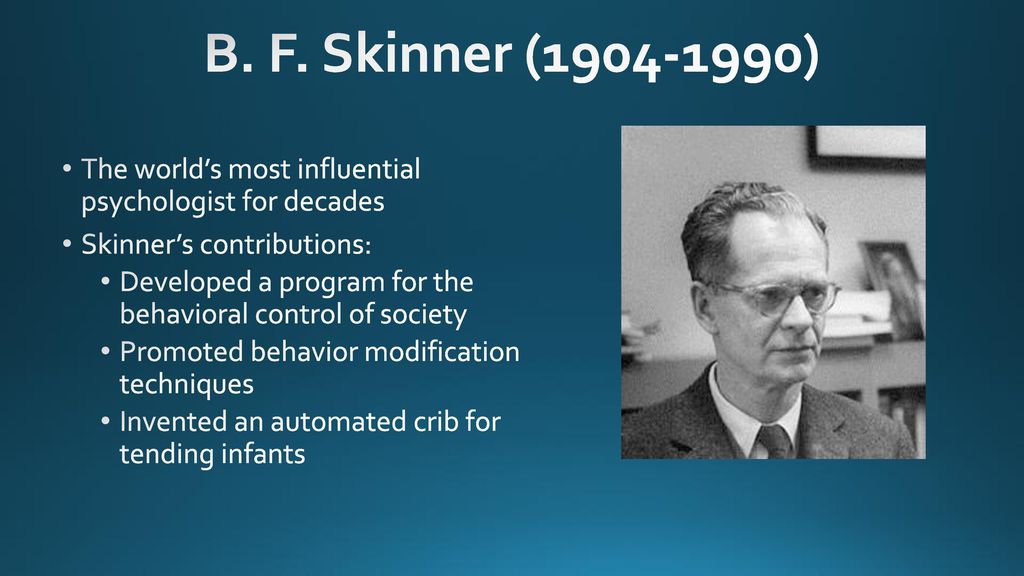 Right from mental health providers to school teachers employ the mechanism of operant conditioning techniques to impart wisdom to their recipients. This theory also holds good with animals like dogs and monkeys.

According to skinner’s theory, our behaviors are extremely driven by conditions that are a result of reinforcements. Operant conditioning according to him is basically reacting in certain behavior as a provocation of something or stimuli of the environment. 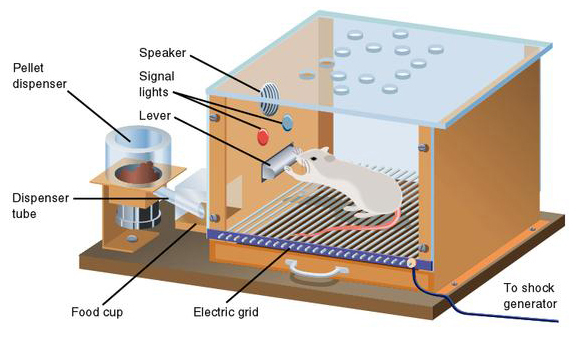 Operant behaviors differ from respondent behaviors in many ways. As soon as someone touches a hot pan, he or she yanks out their hands to avoid being burnt as a reflex. Operant behavior, on the other hand, means that one is forced to react a certain way through reinforcements that provoke their inner impulse.

The learned or informed decisions we make are an impact of conditioning. The reinforcements that become the evident consequences of these conditions become the deciding factors of your moves. Even behaviors are a result of this theory and there can be no other evaluations on this course of philosophy as many tend to tune their actions as a cause of reinforcements and Why do you need to use MSUM D2L?.

Reinforcements actually dictate a whole lot of accomplishment in many people as they tend to get an immediate response. There are two different reinforcements that people can be treated to which changes their actions and make them more impulsive 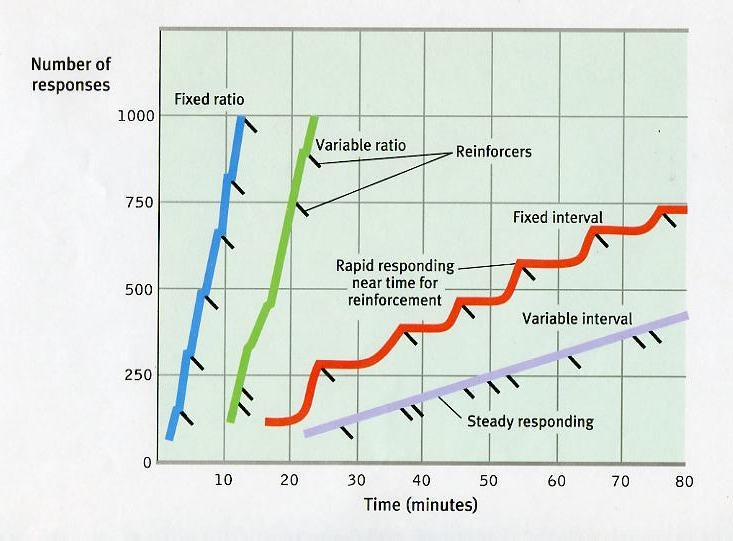 This basically refers to the time and repetitions involved in a  fixed and templated response. People respond to reinforcements in many ways and one can be marked by how pacy their response. Sometimes they take an ample amount of time to hit response and some are swift or instant. The difference that separates the individuals based on response time actually concludes how reactive they are in general. Sometimes the reinforcements are also triggered after a specific set of responses to stimulate their reactions.

This reinforcement is triggered after a specific number of responses.

This reinforcement is triggered after an unpredictable number of responses.

Reinforcements are given after a periodical set of responses 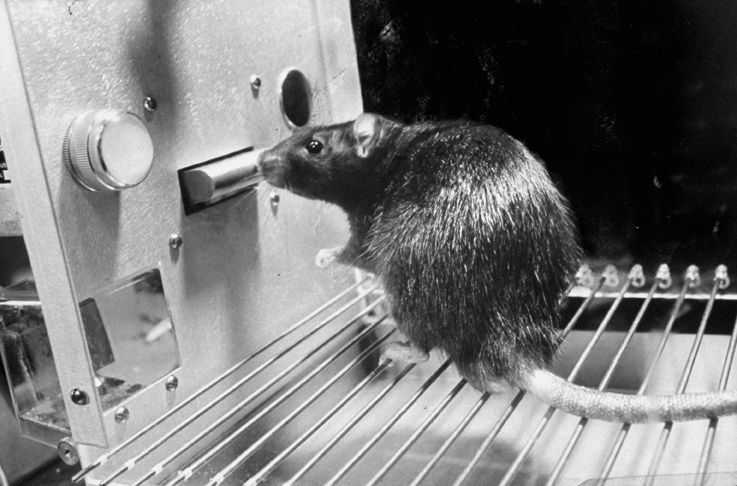 Skinner had a motive to research human behavior and wanted to increase his expertise by experimenting with it. So he developed an apparatus for operant conditioning that became too famous and rampant

It Is called a skinner box and it is a tool where animals press a button in order to receive food. All reinforcements were tried on different species and their reaction time were noted for posterity

See also  Tips for Getting Through Cosmetology School

This is basically a recorder for the reaction rate of the animal. It has a sloped line that marked a trajectory based on positive responses or negative responses. If the bar was pressed, it marked a response rate that was positive

The response schedule of the animal was also calculated and patterned accordingly. How the schedule affected the response was also devised with this recorder which clarified and proved the results clearly 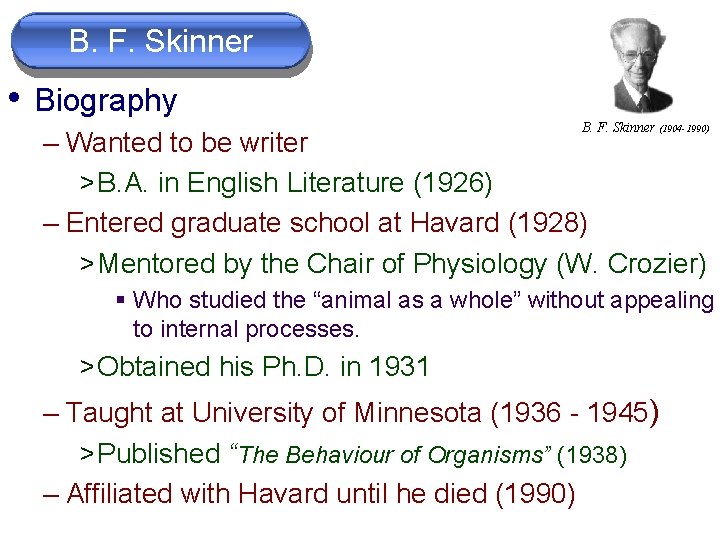 He was born on March 20, 1904, and had a normal childhood that was very flourishing. He grew up in Pennsylvania as a kid who loved building and inventing things.

He became a passionate writer later and then got applauded for his literary prowess. Slowly he fixed himself with psychology write-ups that shaped his career and evolved him as a person as well

He took a teaching position at the University of Minnesota and his project on pigeons became very famous. Although the project never reached a notch-up stage, it was still appreciated for its legacy and trials.

B.F. Skinner is a man of difference who tried to cleave his way through psychological interpretations. He succeeded in many ways and his theories have stood the test of time. Reading about him is going to be an interesting topic that has its own set of intriguing elements. psychology as a concept has been redefined by him and he stands tall as a person who perforated and preferred theories that evoked a new reputation on this subject.