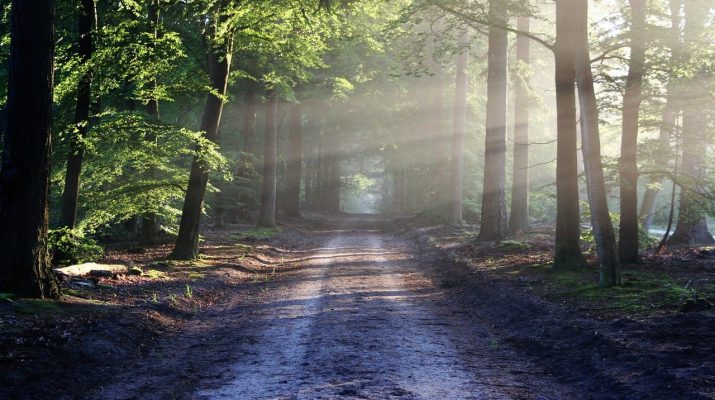 Silence has become the staple reaction of today’s boisterous world which is otherwise very noisy. It is surrounded with babels and chaos everywhere you turn, that all you need is one tinge of void in the name of silence. There is a power that silence bears that benefits people in different ways. However, a little amount of practice on that front could serve you well to lead a life that is peaceful in its own sense. Let us edify ourselves with some amount of discourse on silence and how far it could soothe our minds to glory. 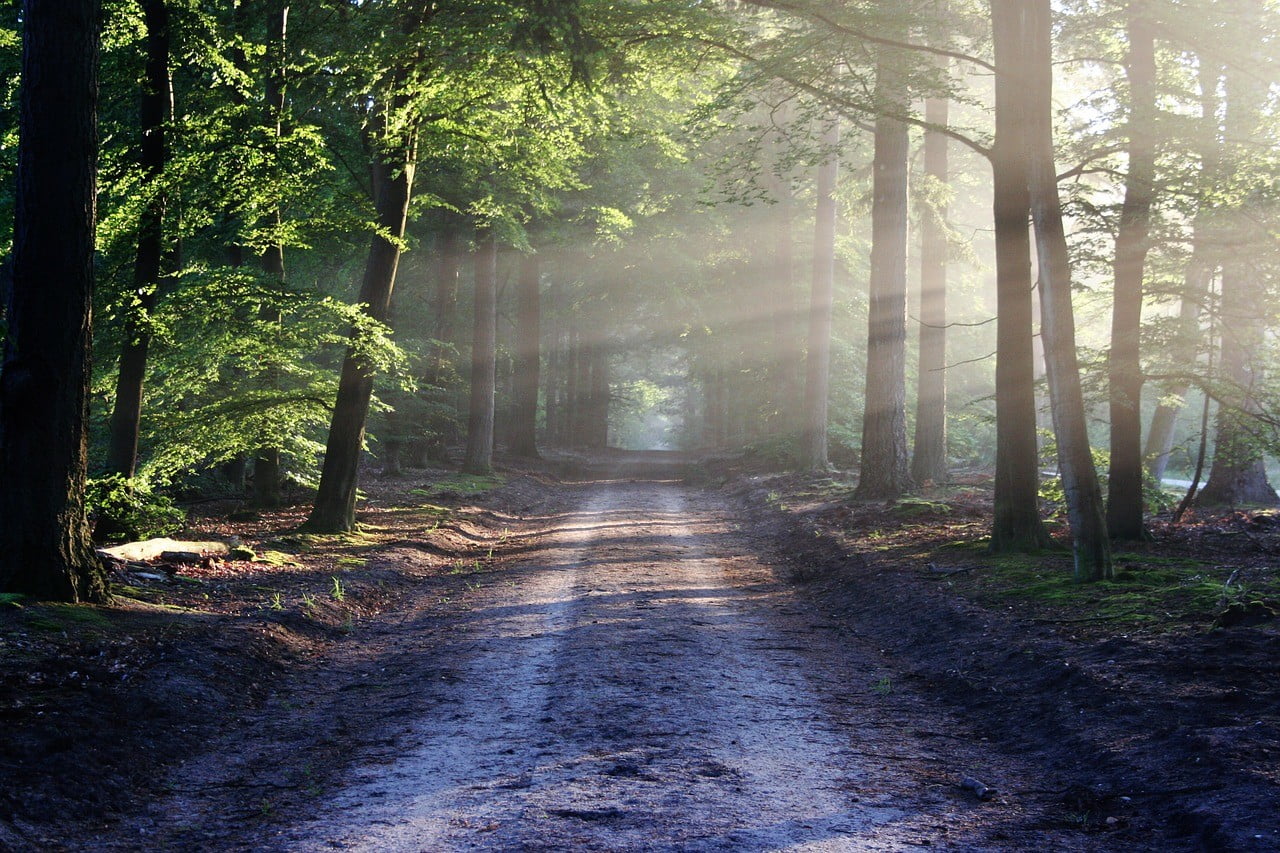 As all of us age, we tend to look out for a more peaceful and sorted world. Anything that is not up to our decrees would have to be pushed aside from our life as tolerance has taken a hit more drastically with the passage of time. One thing we yearn at times of distress to pacify our inner self is silence. That is something we want all our neighbors to follow. The entire diaspora could actually function in a more sorted way if only we have the gift of silence.

As soon as the sun shines on our countenance, we long to be left alone to our mercy with no drop of sound to awaken our spirits The time that you cherish the most is immediately after you wake up with all the quietness that shrouds the space to boost your mind with unfettered thoughts that quickly sets the tone for the day. However, in this deafening and bustling world, where everything is a cacophony of multiple noises, seeking silence seems outcast at its best. Would it be possible that aging gives a social impairment where you become averse to the way the world otherwise functions? This could be a great basis for actually plumbing the depths of silence to understand its power and what sort of magical clutch it has on us. The repertoire of information regarding the same is profound in all sense and diving into its interior could reveal a great deal of news that satiates us to ecstasy.

Silence: The phenomenon that applies to the world

There is some sort of a deference silence warrants in all religions that prevails in the world. Hinduism actually has a ritual of mouna vratha which is deemed as an able sacrifice of our faculties in the name of God. Monastic culture including roman Catholicism advocates the concept of silence to the edification of their religious decrees.

See also  Difference between an Empath and a Clairsentient

Silence has become universal in the form of expression as well where it has been used extensively for protests to show the resentment of people. There is no way this concept could have a replacement as it has filled the spiritual world in all its nooks and corners.

Some famous religious dictums supporting the ornament of silence have been raided in the face of the world and that seems to have gotten people by their belief. Some prominent Sanskrit vows state that silence is the beginning of enlightenment. Only when there is some kind of stillness will we be able to find the treasure of life as pearls from the sea appear in the stagnancy of the current.

As the story of silence from the Hindu god Ganesha states, we all are bestowed with faculties at our disposal to be used scrupulously as extreme usage of them could render us in trouble. Preserving energy for the rest of our life is the motto of a brighter tomorrow, and that starts with limiting the expense of words that otherwise would cost us a peaceful life at its onset. Analyzing silence is a two-way route where you need to actually scratch the details of the reverse of it as well. A lucid account of silence is derived by going over the concept of noise and its shortcomings that causes the fantasy of silence.

Noise works as the antipathy for silence where it disrupts the rewards of quietness. It acts as a spoilsport to your otherwise calm mind by distracting your activities to failure. It is like a sickness that at its root blight the process of your work by completely ruining your spirits.

Words tumbling out of your mouth can be more detrimental to our existence in huge proportions. Whatever strikes your mind cannot be mouthed as it would give away your ignorance glaringly to your sorry. Silence is the affective filter that actually scrutinizes your words and measures your power of speech to be intact.

See also  What to Look for in Life Science Staffing Agencies

Silence actually effaces all the nonsense out of your mind leaving you with residues to be absolutely unveiled. Penetrating a man’s mind to take him on a ride happens when he opens his mouth. Being silent is one way to guard your emotions and be civil in display to maintain a dignity that is duly deserved.

Observation is the key to a brighter world. A man at his best version would be more secure in silence where he actually consumes the information around him. It is when you speak, you inadvertently drown out the voice of essentials that actually adds more value to your life.

Observing and listening is a skill that demands a deeper layer of silence. If you are going to be too strung about your responses, the import of what was initially said would be lost on you. The main purpose of silence is to bring about the consumption of information rather than the mere disposal of words.

The world is filled with data. If we cannot tune all this information into something more sensible, then there is no point in the awareness. Some interesting thoughts and discoveries happen during the wild hours of sleep when your mind is resolved to peace. It is because the silence that has crept into your mind keeps you in a steady state of affairs to process information.

Intuitive powers start taking control when you are silent and only with some amount of calmness can your creativity bloom the surface of your mind. Solitude as a concept invites some melancholy, but the impact of it is what makes a man plumb the depths of his heart in silence.

The noise stops men from thinking or acting. If we are thrown into the deep recess of a wrench, the only way to come out is to reflect on the issue in silence. You cannot pull yourself out of trouble if you are surrounded by noise as it stops the power of your thoughts. A bereaved family would drop some moments in silence to bless the departed soul by reflecting on his life and the people who survived him. These quiet moments make for peace to be restored in the deceased family soothing them out of their tragedies.

See also  How To Prepare for Your Blind Date

It is at the moment of silence, your brain actually germinates new cells. According to a popular research theory, the brain cells go through a process of rejuvenation every time you retain silence and thus improving your ability to think. Some brain dysfunctions like Alzheimer’s or Parkinson’s can be eradicated with this process which can also be deemed as an effective treatment for the same.

Silence is usually considered as a scarcity of noise. In reality, silence is an absence of any expression. Often displaying your emotions through gesticulating to the world cannot be slotted as silence, as there is some flow of information. Silence is a complete shedding of any impulse or expression where the other person gets no signal from the source. One would find it difficult to penetrate the veneer of silence as it gives nothing. We have often expressed anger or any somber emotions through our bodily moves, and that would not qualify as silence for it gives away as much as you speak. People who know the toiling effect of nothingness will know what it means to be silent and it is no ordinary effort. It is actually the control of all senses and faculties even if the body is going through some turbulence. You need a steely resolve and verve to actually run the course of silence by oppressing all your sensory powers and displaying courage suavely.

Silence is a power that acts as a tool to observe and absorb information. It actually gives you the gumption to assimilate what is around the world and blow it out when the time is right. It is no ordinary exercise to be able to master it as it needs practice as much as any skill that prevails in the world. People who can stay longer in silence would be more tenacious and bolder in nature as they face the world with a vigor that is beyond any bounds. It induces the other person to talk while all you do is absorb his radiance to reflect on it later. Practice silence with aplomb and be a more sorted person to cruise through this battered world in verve.