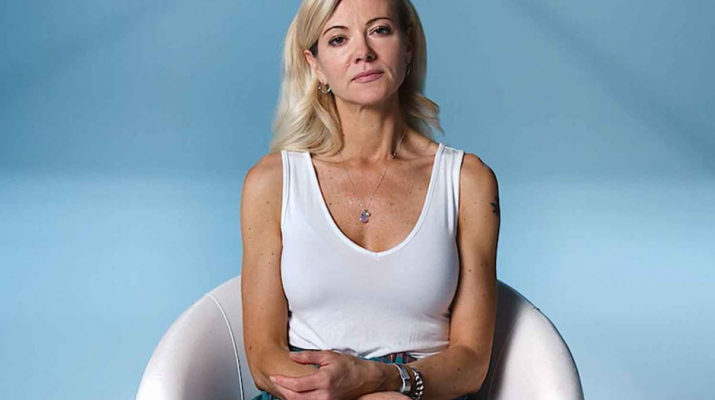 Sarma Melngailis, a former New York restaurant owner and vegan celebrity, is the subject of the Netflix documentary, Bad Vegan. She claims she met Anthony Strangis, also known as Shane Fox, online and that he convinced her to steal more than $200,000 from her raw-vegan food empire in Manhattan, since he claimed he could make her dog immortal. 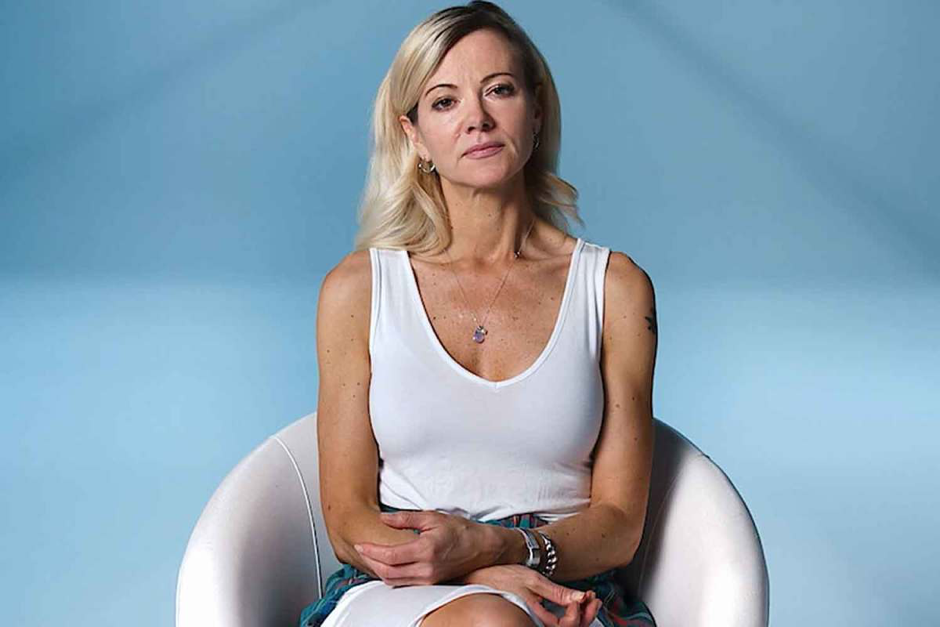 Sarma Melngailis was a well-known figure in the New York luxury dining scene in 2004. The first upmarket raw vegan restaurant in New York was founded by Melngailis, her ex-boyfriend, chef Matthew Kenney, and restaurateur Jeffrey Chodorow. It launched and gained popularity in less time. Numerous publications, including Forbes’ 2008 list of “All Star New York Eateries,” commended it. The restaurant was appropriately named “Star” since famous people like Alec Baldwin and Owen Wilson were known to visit there frequently. Once the restaurant became popular, ‘One Lucky Duck Juice and Takeaway’ was the associated store launched soon. The reach of One Lucky Duck even reached San Antonio.

But when Melngailis vanished in 2014, things changed. The personnel at One Lucky Duck and Pure Food and Wine adopted strike in the month of July 2014 over Melngailis’ inability to pay them for a full month’s salary. A second strike took place in January 2015. Only two of the five times this owner was unable to pay her employees resulted in these walkouts.

The Fraud and Involvement of ‘Pure Food and Wine’ 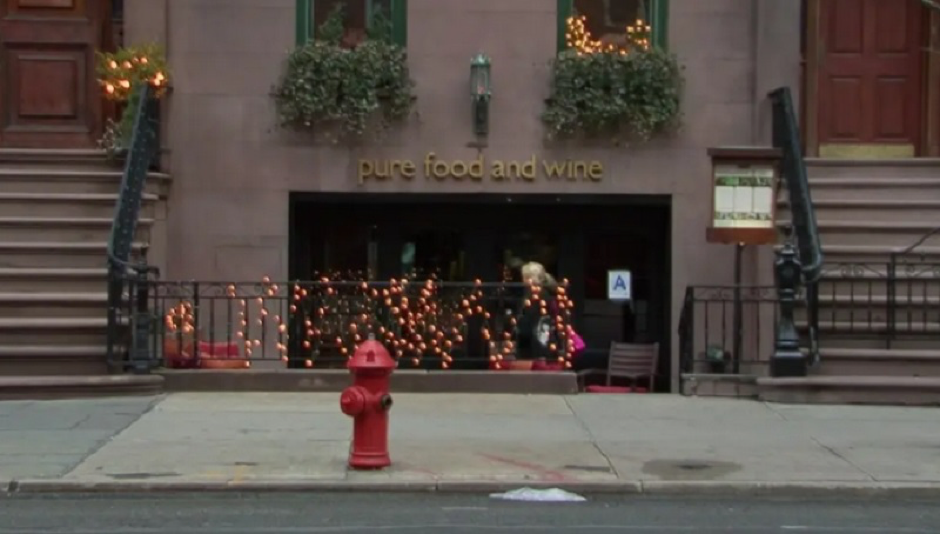 The fact that Pure Food and Wine and One Lucky Duck were nearly always successful is the most crucial thing to understand. So what exactly happened? How did this popular and successful grocery shop and restaurant collapse so suddenly? This documentary series investigates the matter.

The majority of the decline, in Melngailis’ opinion, can be attributed to her connection to and subsequent relation with Anthony Strangis. Through Words with Friends and Twitter, the two became friends. Due to his Twitter acquaintance with Alec Baldwin, Strangis’ assertion that he was affluent and could support her business appeared plausible. But there was more to their connection than just money. Strangis allegedly mistreated Melngailis and subjected her to “cosmic endurance tests.” Strangis offered Melngailis fame, money, and even immortality to her cherished dog and her if she obeyed him and performed as he said. Eventually, Strangis and Melngailis wed, purportedly to make it easier for him to send money to Melngailis.

That wasn’t what truly took place. Rather, Melngailis allegedly stole $2 million from her own businesses and employees. By the way, this occurred while she still owed investors $1 million. The majority of that money was used to support Strangis’ gambling habit. After that, she and Strangis spent 40 days hiding out to avoid being named in unpaid salary claims.

Who is Anthony Strangis or Shane Fox?

Former spouse of Pure Food and Wine founder Melngailis, Strangis is a convicted con artist who pleaded guilty to the charge of grand larceny, a fraud scheme, and criminal tax fraud in 2017.

After stealing about $1 million from investors and Pure Food and Wine staff, Strangis was punished with five years of trial and spent more than a year in jail while on remand. 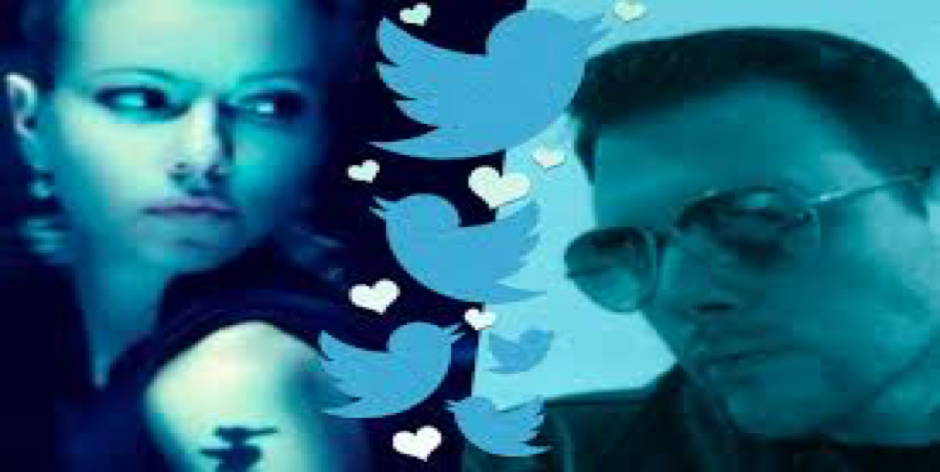 Less is known about Strangis than Melngailis, which makes sense given that she was the blonde bombshell who primarily served as a public spokesperson for Pure Food & Wine and courted a wealthy clientele. However, their illegal economic transactions were entwined with a relationship that was obviously dysfunctional behind the scenes.

See also  What Will I Learn in a Nursing Program?

Strangis, who used the handle Mr. Fox on Twitter, started dating Melngailis after they met online in 2011. Melngailis was a famous vegan restaurateur back then. In Bad Vegan, Melngailis writes that Strangis informed her that he had a military background, adding: “He was engaged in some sort of covert operations, the kind of unauthorized work that goes unreported and for which he would never directly respond. He gave me the impression that I shouldn’t inquire, almost for my own safety.”

Vanity Fair claims that Strangis made a commitment to Melngailis that he would “give her enough money to become independent of intrusive investors, help anybody she wanted, and pay her debts off,” which included a $500,000 mortgage and a $1 million debt to Jeffrey Chodorow, the original investor in Pure Food and Wine.

Strangis and Melngailis got married in 2012, and over the next few years, Strangis spent a lot of Melngailis’s money, some of which she transferred from her business accounts. According to the indictment, Strangis spent nearly $1 million at the Connecticut’s Foxwoods Resort Casino, over $200k at the Mohegan Sun Resort Casino, over 80k at specialty watch shops, over 70k on lodging, and over 10k on Uber rides. The paper states that “He withdrew hundreds of thousands of dollars in cash as well.”

Are Strangis and Melngailis still together? Unsurprisingly perhaps, it seems like the romance is over. After their respective plea pleas in 2018, the disgraced vegan queen and Strangis sought for an uncontested divorce. But, like with so many other things with these two, it’s unclear how legally binding their marriage is at the moment and whether their divorce has been finalized.

See also  Tips for Getting Through Cosmetology School

There has also been no word on Strangis’s new relationship. But Melngailis has put him in the rearview mirror, just like the ex-wife she scorned before him. She also appears to be done with marriage in general. It appears that the entire Bonnie and Clyde incident has left a lasting impression. She told the Post, “I have no desire to get married again. “I don’t want to get into a relationship.” With Strangis or anyone else, probably more so if they encourage her to participate in a fraud scheme and consume dairy-laden fast food like pizza.

Strangis, according to Melngailis, subjected her to manipulation, psychological abuse, gaslighting, and other coercive measures. She admitted guilt to grand larceny, criminal tax fraud, and a fraud scheme in 2017 and was sentenced to five years of probation along with four months of incarceration at Rikers Island. Strangis was given a one-year term of imprisonment, five years of probation, and was mandated to pay $840,000 in investor restitution. After Melngailis eventually filed for divorce, they stopped communicating.