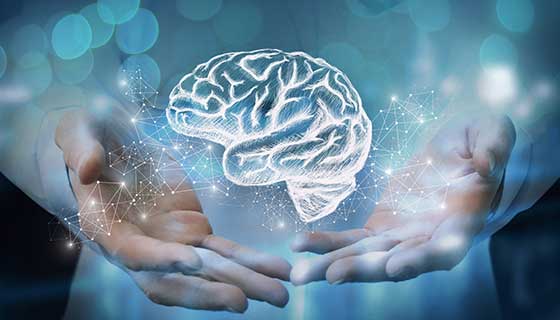 Craniotomy refers to the procedure of surgical opening of the cranium, which is a part of the skull. This is done in order to expose the brain. The procedure is called craniotomy when the bone flap is replaced back over the brain after the procedure is completed. This is done in order to avoid swelling of the brain. Craniotomy is used to treat a number of neurological conditions including brain tumors and infections. This surgery opens up an aperture in the skull which is known as craniotomy. This particular surgery isn’t done as often now with the advent of MRI and CT scanning. These tools help take pictures of the brain and highlight. A craniotomy is performed by a neurosurgeon using a high-speed drill.

A surgical procedure that is guided by MRI-based navigational software is called a “stereotactic craniotomy.” Stereotactic craniotomy has traditionally been the standard procedure in planned surgeries because it usually has a high success rate when performed properly. However, with the advancement of imaging technologies and therefore an improvement in navigational accuracy, minimally invasive keyhole craniotomies are becoming increasingly common among surgeons as they are safer, more reliable, and offer superior outcomes for patients.

A less invasive method is a “burr hole” craniotomy, which is when the surgeon drills a hole in the skull to help relieve pressure and provide further opportunities to determine what needs to be done. This means more effective treatment can be carried out without subjecting people to more invasive procedures. The burr hole also functions as a port through which an endoscope may be inserted, effectively providing patients with a better quality of care.

When is Craniotomy Required?

“Craniotomy is often advised if the brain tumor is in the temporal lobe, clivus, or near major blood vessels. It is an open surgery but it is very risky and is performed only for the most life-threatening situations. The craniotomy is intended for the removal of the skull, temporal lobe, and brain.

A craniotomy may be required for the following surgeries:

How serious is Craniotomy surgery?

Craniotomy, now that the term is no longer used to refer solely to a sort of trepanation to treat phantom pain but also in regards to neuroscience surgery procedures instead, carries with it risks that can jeopardize the success of the operation being performed. In that same regard though, performing a craniotomy may also be what ultimately helps save lives because some other surgical methods are more invasive and riskier by nature as they require making an incision into the actual skull itself.

So, while there are certain inherent complications that might arise during treatment depending on different circumstances such as where exactly on the brain this type of surgery will be performed and what type of procedure will actually be conducted, one thing’s for sure – craniotomy is your best option when you want to stop severe intracranial pressure or high intracranial pressure from causing further damage within your head and killing you because there simply aren’t any better alternatives!

Following are some risks associated with this procedure:

Sometimes, certain conditions can play a part in whether or not a patient should pursue surgery. Patient-specific conditions, like those that may cause complications, can impact the likelihood of needing surgery and must be taken into account – just as the benefits associated with surgical options must also be carefully considered.

Known as a craniotomy, this surgery involves the removal of bone fragments inside the skull. The bone fragments then heal and fall back into place; this takes an average of 3 months to fully heal up and 5-6 months for full recovery depending on the underlying condition that brought someone to undergo this surgery.

It’s difficult to predict the success of complete tumor removal. Surgery is usually less risky than treatment with debilitating drugs – but there are still complications that can occur. For example, operating on a tumor in the skull could damage vital cranial function. In other cases, the risk of damaging healthy tissue may be more demanding than the actual removal of whatever cancerous growths are taking root. While it is indeed important to remove cancerous cells wherever they might be growing and if possible complete that task without causing too much harm to other brain components – it’s paramount to prioritize patient safety over anything else as often one single slight misstep here could result in irreversibly causing serious mental impairment or even death.

96% can be taken as ballpark figure for success rate of craniotomy.