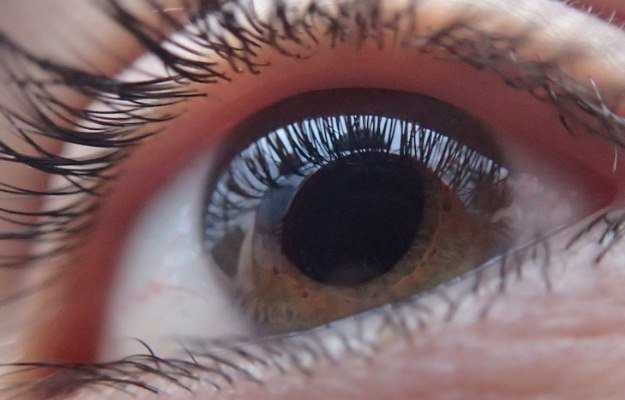 What is Miosis or Pinpoint Pupils

Miosis is the medical name for narrowed or pinpoint pupils in the eyes. In bright light, pupil shrinkage is normal, but when the pupil does not respond normally to light levels and remains tiny, it may indicate a medical concern. The pupil diameter is less than 2 millimeters (mm), or slightly over 1/16th of an inch, with this situation.

The pupil is the black circular region in the center of your eye that permits light to pass through. To modify the size of the pupil, your iris, the colored component of your eye, opens and closes. Miosis is a condition that affects one or both eyes. It’s also known as anisocoria when it just affects one eye. Miosis is also more commonly known as pinpoint pupil. Pupils when excessively dilated, are called mydriasis.

Miosis can be caused by a variety of factors. It might be a sign of a variety of brain and nervous system disorders. Many types of medications and chemical substances can potentially cause it. Miosis can be caused by opioids such as fentanyl, morphine, heroin, and methadone. Pupils that are constricted or dilated can provide essential information to assist your doctor to diagnose your illness.

The iris dilator and the iris sphincter are two opposing muscles that determine the size of your pupil. An issue with your iris sphincter muscles or the nerves that govern them is usually the cause of miosis or pupil contraction.

Nerves that originate in the middle of your brain regulate the iris sphincter muscles. They’re a part of the parasympathetic nervous system, which is also known as the involuntary nervous system. These nerves go down your third cranial nerve, commonly known as the oculomotor nerve, to reach your eye. Miosis can be caused by any disease, medicine, or chemical substance that affects these nerves or the areas of the brain and head through which they pass.

The common causes of shrunken pupils are:

Miosis can also arise as a result of certain medical diseases, such as Horner’s syndrome, or as a result of a stroke. Congenital miosis or microcoria is the condition of being born without the muscle that controls the pupils or with abnormalities in the pupil muscles. Miosis can affect one or both pupils, depending on the particular reason.

Pinpoint pupils (miosis) happens due to;

Chemicals and Drugs that may cause Miosis:

Some of the commonly used chemicals and drugs that can cause miosis are opioids, including:

Other chemicals and drugs that could cause miosis are:

Pupils can be tiny in both babies and elderly adults. For the first two weeks after birth, a newborn’s pupils will be tiny. Your pupils tend to shrink as you get older. This is frequently related to iris dilator muscle-weakening rather than an issue with the iris constrictors.

Because miosis can be caused by a wide range of diseases and disorders, it can have a wide range of symptoms. We’ll go through some of the most prevalent causes of miosis, as well as its symptoms:

A cluster headache causes excruciating pain in the area surrounding or above the eye, as well as in the temples and forehead. Depending on the sort of cluster headache you have, it just affects one side of your head and recurs at varied intervals (chronic or episodic).

One of the most common side effects is miosis. Other symptoms of a cluster headache include:

The symptoms of a brain stem stroke are different from those of a conventional stroke. Dizziness, vertigo, and weakness on both sides of the body are the most typical symptoms. It can cause jerking or shaking that resembles a seizure, impaired speech, or rapid loss of consciousness on rare occasions.

Horner’s syndrome is a group of symptoms caused by injury to the nerves that connect the brain to the face or eyes. On one side of the face, the pupil size is smaller and the eyelid is drooping.

Horner’s can be caused by a stroke, a brain tumor, a spinal cord injury, or shingles (herpes zoster).

Miosis, or dilated pupils, can be a sign of iris inflammation, which affects the colored part of your eye. Iris inflammation can be caused by a variety of factors. These are some of them:

Neurosyphilis occurs when an untreated syphilis infection spreads to the brain. Syphilis can infect the neurological system at any stage of the infection Trusted Source.

The infection can affect the midbrain, resulting in Argyll Robertson pupil, a type of miosis. The pupils of Argyll Robertson are small, but they do not contract further when exposed to light. When focusing on a close object, however, they contract.

Infection with a corkscrew-shaped bacterium, similar to the syphilis spirochete, causes Lyme disease. Untreated Lyme can cause many of the same symptoms in the neurological system as syphilis, except for the genital rash. Miosis and Argyll Robertson pupil can occur when an infection affects the third cranial nerve.

Your doctor will test your pupils using a flashlight or other light source, if necessary. They’ll examine your pupils in a dimly illuminated environment because pupils constriction is natural in brightly lit environments, especially outdoors.

Miosis is a sign of another problem, not a sickness in and of itself. It can help your doctor figure out what’s causing the problem. If your miosis is caused by a prescription drug, such as the one used to treat glaucoma or high blood pressure, your doctor may be able to discover a substitution that can alleviate or remove the problem.

Opioid use, such as fentanyl, oxycodone (Oxycontin), heroin, and methadone, can result in miosis. A severe case of miosis could indicate an overdose. In that situation, immediate naloxone therapy could save your life.